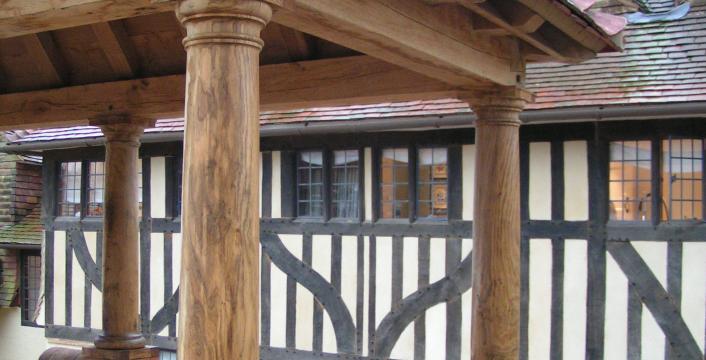 There is a huge amount of common ground between work on listed buildings, conservation work and extensions.  Despite this overlap, projects in this category are more often a team effort including planners and heritage architects.  Careful design is a key factor of successful projects.

Many planners favour plans that complement the existing building but which remain architecturally distinct from the house's period features.  In other cases, a Douglas fir or oak frame can be used to provide structural support, enabling 'crumbling' walls to be retained for the future.

Our approach to these projects combines a thorough knowledge of historic building methods with contemporary design and traditional carpentry.